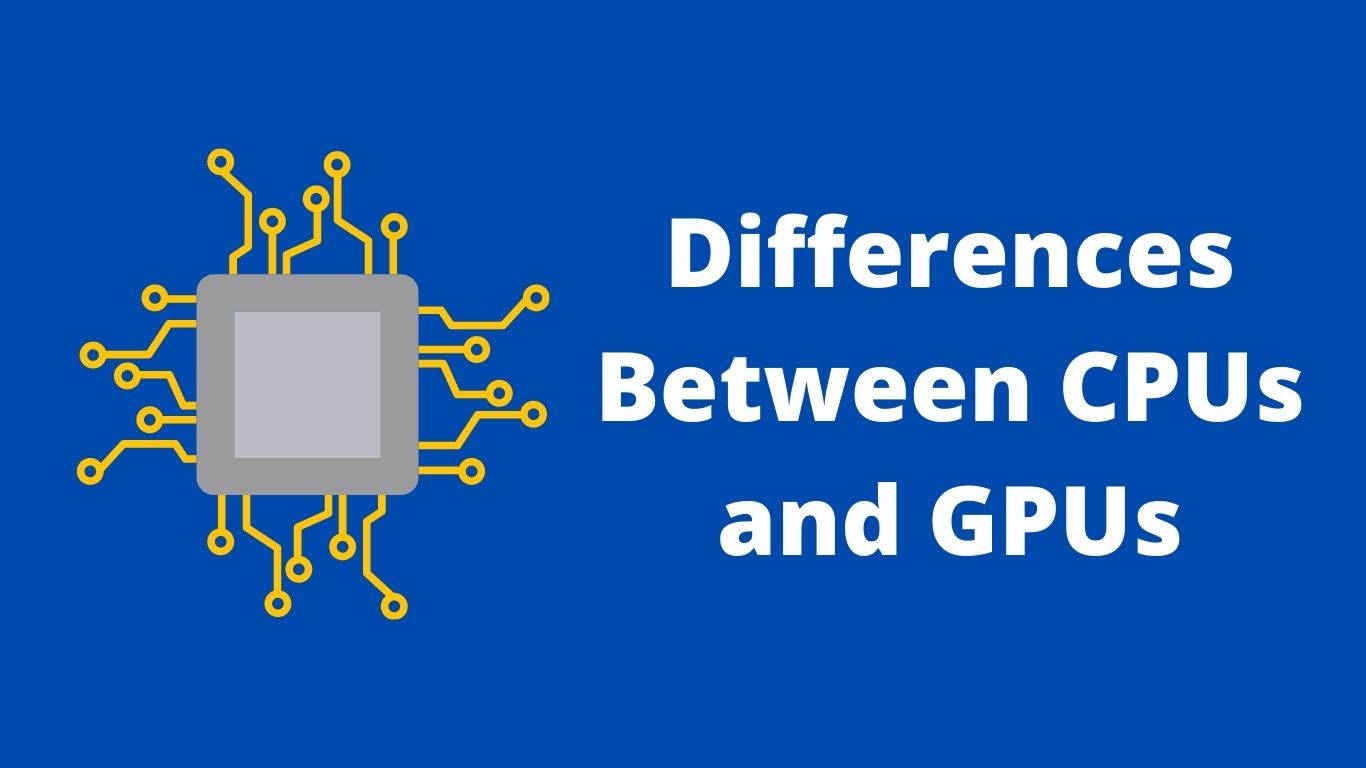 Differences between CPUs and GPUs:

A computer’s central processing unit (CPU) is its brain. It takes care of the fundamental instructions that explain to the computer what it should do and how it should accomplish it. The CPU also controls the flow of data in and out of the computer. Graphics processing units (GPUs) have taken on an increasingly important role in recent years as they have become better at handling the complex mathematical tasks required for rendering graphics. This has led to a situation where CPUs and GPUs are no longer designed and marketed as separate products but rather as a single integrated product. In this article, we will take a look at what CPUs and GPUs are, how they work together, and some of the advantages that this integration brings to consumers.

One of the most important pieces of a computer is the CPU. The Central Processing Unit is responsible for running all the code that makes your computer work. It’s been around in various forms since the early days of computing and has seen some major changes over the years.

The first CPUs were built from discrete transistors, which were large, expensive, and required a lot of power. As technology has improved, CPUs have gotten smaller and more efficient. Today, most CPUs are manufactured using a process called lithography, which creates very small transistors that can be packed together tightly. This has allowed for the development of multicore processors, which contain multiple CPU cores on a single chip.

The performance of a CPU is typically measured in terms of gigahertz (GHz) or terahertz (THz).

CPUs are used for:

CPUs are used for various tasks in both personal and business computing. The most common use for CPUs is to run the software that makes up the operating system and the applications that are used. CPUs can also be used for more specialized tasks, such as encoding or decoding video, audio, or images. In addition, CPUs can be used for scientific calculations, such as modelling weather patterns or predicting protein folding.

Central Processing Unit (CPU) is a microprocessor that controls the entire computer. It performs all the calculations, stores data, and executes instructions. Control unit and arithmetic logic unit are the two primary sections of a CPU (CU). The ALU handles mathematical operations, while the CU decodes and executes program instructions.

GPUs are used for:

GPUs are used for a great variety of tasks in both the personal and professional spheres. In many cases, they are a key part of the hardware setup for rendering 3D graphics and video. They can also be used for scientific calculations, cryptography, and other data-intensive tasks.

CPUs and GPUs are two different types of processors that are used in a variety of devices. CPUs are generally found in personal computers, while GPUs are more commonly used in gaming devices and other high-performance graphics applications. CPUs perform operations simultaneously, while GPUs can quickly perform many operations simultaneously. Additionally, CPUs can be programmed to do specific tasks, while GPUs can be more general purpose.